Tried the famous Beaujolais Nouveau and been disappointed? This infamous marketing is Gamay’s story of Fortunately-Unfortunately, exposing it to the world but in a form too young to drink except for winemaking technique - ‘carbonic maceration’ - which softens harshness and adds confected smells. True Gamay however lies in the ‘Crus’ of Beaujolais’ North like Morgon, Moulin-a-Vent and Fleurie. Here the granite and acid soils temper Gamay’s high acidity and let its red fruit ripen and even age into light, aromatic, mineral reds that increasingly compare with its similar but naturally more complex Burgundy neighbour and parent grape, Pinot Noir. In the Loire too it sits alongside Pinot, largely for sparkling wine. With a similar character and climatic needs Gamay has travelled in Pinot’s shadow, with few New World producers grasping its own slightly brighter, simpler charm. 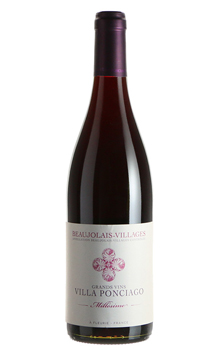 There are no products matching the selection.

SUBSCRIBE AND BE THE FIRST TO KNOW ABOUT OUR FANTASTIC WINE DEALS!