Parker's Wine Advocate
In stock
A relatively intense and muscular Cru Barolo from Azelia. The single vineyard San Rocco introduces denser flavours to the Azelia style, with deeper fruit notes against subtle savoury/salty complexities and gripping mineral tannins. With the stucture and power from the famous Serralunga soils, Azelia's San Rocco is impressive wine that remains approachable in the not too distant future.
$150.00 in mixed 6+ or $170.00 per bottle
Overview

Alongside Massolino the barolos from Azelia are eye-watering bargains in the fine wine world. Anyone with a love of the nebbiolo grape should search out these under-valued Barolos for they are some of the most age- worthy wines in the world. In 1920 Cavalier Lorenzo Scavino began to vinify part of the grapes produced in the family's vineyards, a small rural reality in the heart of the Langhe region, in Castiglione Falletto. His son Alfonso started enthusiastically to bottle the wine produced and thanks to Luigi's father, Lorenzo, with perseverance and willpower, the wines were for the first time exported. The Azienda Agricola Azelia, in the centre of the area of Barolo production, is nowadays composed of 16 hectares and it produces, on average, 80,000 bottles per year. Luigi is supported by his wife Lorella and his son Lorenzo, who bears the name of his grandfather and who represents the fifth generation of wine producers. The family management is essential as it permits an extreme precision in every step of the production.

What The Critics Say

"The Azelia 2016 Barolo San Rocco presents broad and sweeping aromatic brush strokes, and the tannins are pronounced in this wine from Serralunga d'Alba. This is probably the bottle you put at the back of your cellar while the others might occupy a more accessible spot for medium to long-term drinking. There is a shallow midpoint between the intensity of the bouquet and the wine's structured finale, but that mid-palate zone will certainly flesh out with more time in the bottle. This wine earns an extra point for longevity. San Rocco was the first vineyard purchased by Luigi Scavino's father in the early 1990s, and the vines are 65 years old on average today. Some 7,600 bottles were released." Drink 2025 - 2047

"Azelia's 2016 Barolo San Rocco shows terrific density and richness, but it is less aromatically expressive than most of the other 2016s in the range. Readers will have to give this at least a few years in bottle for the tannins to soften. Even in the early going, though, the 2016 is deep, powerful and loaded with pedigree. Now that most of Azelia's wines are aged in cask, the influence of small French oak is especially evident." Drink 2023 - 2041

This Wine Goes Well With

We deliver throughout New Zealand and to some locations overseas. Our deliveries are made by trusted third party carriers. For further details on prices and delivery options please go to DELIVERY INFORMATION section of our site.

If for any reason you are not entirely happy with your order or you suspect that they may be affected by a quality issue, please do not hesitate to contact us and we will remedy the problem straight away. Contact us on 0800 422 767.

Skip to the end of the images gallery 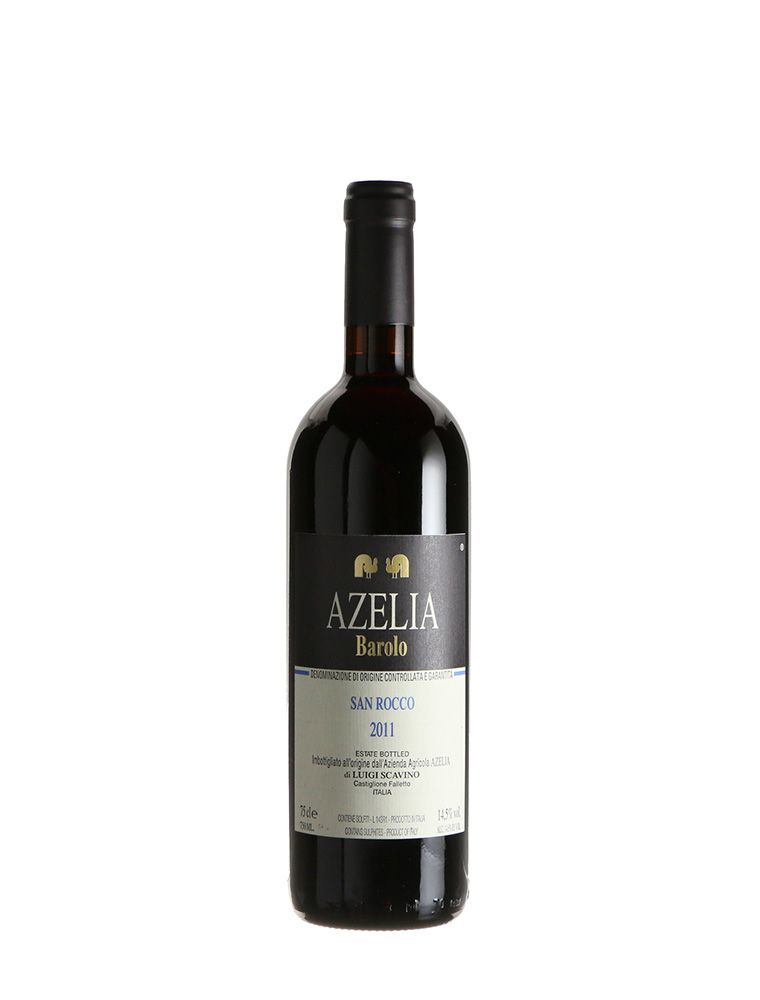