Parker's Wine Advocate
In stock
A spectacular Barolo which was recently awarded rare scores of 100/100 by Galloni (2013 and 2016). The Vietti is from a beautiful 3 hectare plot, where classic Ravera lime-clay soils slope south-west toward the midday and afternoon sun. From these older vines — some of which date back to 1935 — what emerges is a huge depth of brooding rusty red fruit that is framed by intense and glorious structure. With a charisma and power definitive of this cooler and increasingly revered site, the Ravera is a stellar prospect for medium to longer term cellaring. Only a handful are left.
$260.00 in mixed 6+ or $290.00 per bottle
Overview

They made wine here back in the 1800s, but it was not until 1919 that Mario Vietti turned the family farm to viticulture and Vietti labels first appeared on the Italian market. The winery grew through the 1950’s, when new export markets opened and Mario’s daughter and son in law Alfredo Currado pioneered what was later to become a defining regional idea - single vineyard Barolo and Barbaresco. Today Vietti remain a towering name, with a portfolio occupying the top tier in most Piedmontese categories - particularly their profoundly important expressions of Cru Barolo. But history will also remember Vietti and Alfredo Currado for something quite different: the survival of the Arneis variety. It was Currado who almost single-handedly revived this hitherto ignored and abused grape and, appreciating its inherent qualities, not only persuaded others but led from the front to create the first, the most beautiful and still the most classic examples of what is now enshrined as the Roero Arneis DOCG.

What The Critics Say

"Starting off a bit shy and closed at first, the 2015 Barolo Ravera showed noticeably better in the sample that had been opened a few hours prior to my arrival at the winery for my annual visit. This makes perfect sense as Vietti’s wines are intentionally slow at first but are built to endure the long haul. From the Novello township, this vineyard site is recognized for it power, structure and the uniquely broad approach it shows to the palate. There is a larger span of black fruit at its core. The positioning of the Ravera cru means it is open to the elements and the cold air from the Alps, and the wines result in freshness and mineral character as well. Luca Currado describes a salty, anchovy-like aroma that does indeed appear. Otherwise, this wine shows tightly polished and glossy tannins." Drink 2022 - 2045

"The 2015 Barolo Ravera is once again the head of the class at Vietti. Bright, sculpted and wonderfully nuanced, the Ravera is very pretty. Floral aromatics and the pointed, brilliant fruit that is such a Ravera signature are very much in evidence. Hints of blood orange, mint, crushed rocks and flowers add shades of complexity as the 2015 gradually opens up in the glass. This is one of the finer wines of the year. Don't miss it!"

This Wine Goes Well With

We deliver throughout New Zealand and to some locations overseas. Our deliveries are made by trusted third party carriers. For further details on prices and delivery options please go to DELIVERY INFORMATION section of our site.

If for any reason you are not entirely happy with your order or you suspect that they may be affected by a quality issue, please do not hesitate to contact us and we will remedy the problem straight away. Contact us on 0800 422 767.

Skip to the end of the images gallery 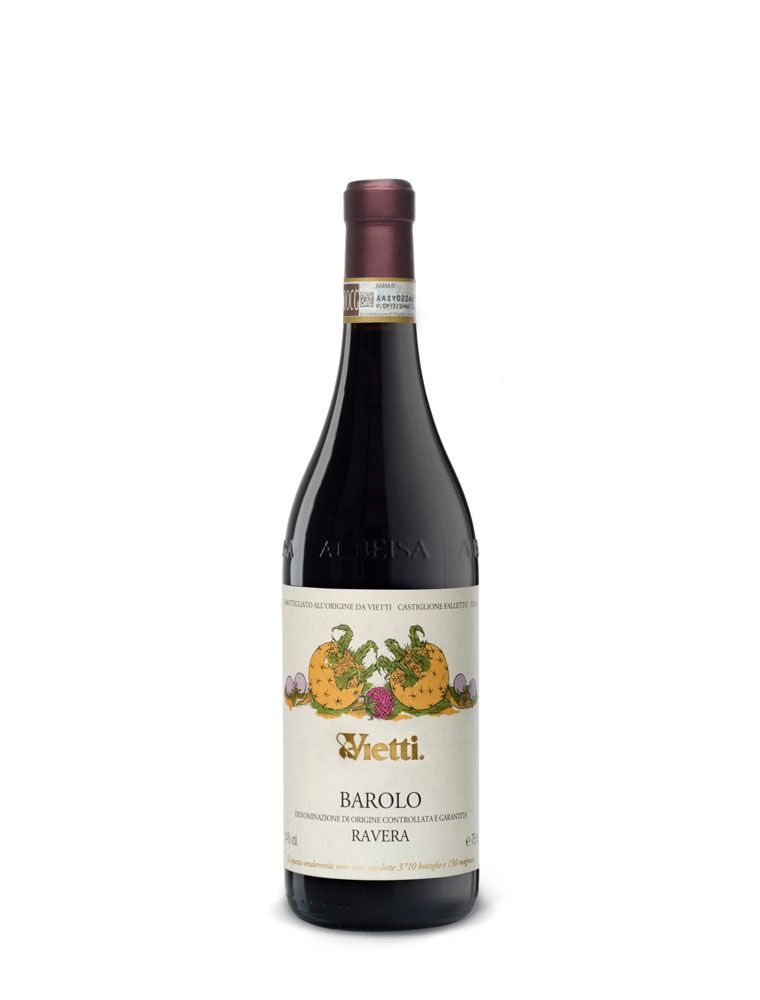